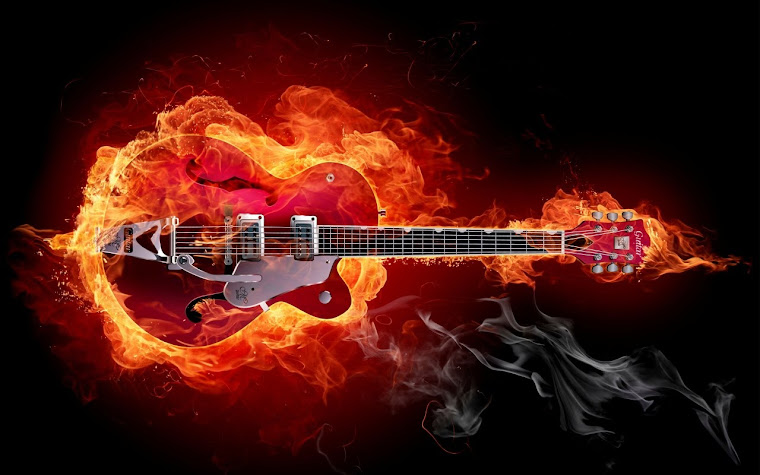 A hard-rockin' band from Scotland that boasts a lead singer that sounds like an unholy combination of AC/DC's Bon Scott and Brian Johnson smashed together, Nazareth were heavy rock trailblazers  that occupy a well deserved place in All Things Rockin'.  Formed in 1968 in Dunfermline, Scotland, they were the remaining members of a local semi-pro group called The Shadettes. It's my guess that the band broke up due to the sheer embarassment of having a name that sounded like a 60s-era girl group.
Fortunately, vocalist Dan McCafferty, guitarist Manny Charlton, bassist Pete Agnew and drummer Darrell Sweet chose the much more appropriate name of Nazareth for themselves from the opening line of the classic song by The Band, entitled "The Weight". By 1970 the band had relocated to London, England where they released their eponymous debut album in 1971 and a second album, Exercise in 1972. Neither LP moved any significant numbers, but after securing an opening spot on a tour by metal giants Deep Purple, they were introduced to Purple bassist and producer Roger Glover, who wound up producing the band's third album, 1973's  Razamanaz. In another example of the third time being the charm, this collection contained two top ten UK hits,   "Broken Down Angel" and "Bad, Bad Boy"


The band's relationship with Glover as a producer continued for two more albums, 1973's Loud 'N Proud and Rampant, released in 1974. These slightly less successful LPs followed the same formula started on Razamanaz, guitar-driven, bare-bones heavy rock led by McCafferty's beyond-raspy growl of a voice and fine guitar work by the underrated Charlton. They also exhibited a fearless attitude toward cover songs, unafraid to apply their heavy hands to material seemingly out of their comfort zone and getting memorable results. This was evidenced most markedly on the Loud 'N Proud album where they thoroughly manhandled Joni Mitchell's classic "This Flight Tonight", which became one of the band's signature tunes.

The band's stature grew steadily, gaining them numerous supporting slots on major tours and significant critical praise.They were still however, at this point a really, really good second-tier act. This state of affairs changed with the release of  Hair Of The Dog. This album marked the end of Roger Glover's collaboration with the band, the production chores handled this time by their own Manny Charlton. This collection contained  quite a few gems, but the song that raised the band to headliner status was yet another unlikely cover tune, The Everly Brothers' melodic ballad which was also covered by Roy Orbison, "Love Hurts"

"Love Hurts", released in 1975, was a precursor to the power ballads that became so popular by the hair metal bands of the 80s. Slowly paced, and punctuated with a tasteful Charlton guitar solo, McCafferty sings this song with every bit of power and grit he deploys for the band's hard-edged rockers. It definitely worked, for the song became the band's only U.S. top ten hit, going platinum. It was also top ten in the U.K. and eight other countries, hitting number one in six of them and spending a record-breaking 60 weeks on the Norwegian charts. The title track to Hair Of The Dog is a classic rock radio staple to this day and has been covered by several hard rock acts, most notably Guns And Roses.

On two occasions there were efforts by other bands to recruit vocalist Dan McCafferty from Nazareth into their ranks. One was by Ritchie Blackmore seeking a replacement for Deep Purple to replace the departed Ian Gillan. The second was by the band AC/DC to replace the late Bon Scott. Both of these attempts were met by violent threats by the band to lay off of their singer.


In 1979,the band added fellow Scotsman Zal Cleminson, formerly of The Sensational Alex Harvey Band as a second guitarist. He remained with the band for two albums, No Mean City and Malice In Wonderland , released in 1979 and 1980 respectively. The latter album contained the single "Holiday", which while not a huge seller, still became another classic rock radio favorite. Cleminson's subsequent departure was the start of a series of personnel changes which included keyboardists. In 1991 guitarist Manny Charlton left to pursue a solo career.


In 1999, drummer Darrell Sweet died of a heart attack while on tour at the age of 51. he was replaced by bassist Pete Agnew's son Lee.
The album The Newz was released in February of 2008 on the Hamburg, Germany based Edel Entertainment label to coincide with the band's 40th anniversary tour. A follow-up LP, Big Dogz was released in April of 2011.
McCafferty announced his retirement from the band due to ill health on August 28, 2013. This left Pete Agnew as the sole remaining founding member of the band.
Loud 'N Proud is the best way to describe this Scottish band's contribution to All Things Rockin'